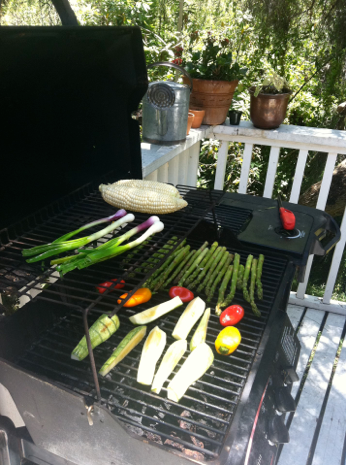 This Saturday, Feb 4th the 2nd series of Samantha Dunn workshops began in my living room. Only seven participants this time, but I like this smaller size better. It feels more comfortable, more roomy. The first weekend is all craft exercises and talking about the craft and reading work written in the workshop. Bare bones words. Stuff that comes up from the inside.

Let me share what stood out for me, what resonates still. It’s not the full picture of what anyone wrote, but the images in my head that still bang around hours after everyone has gone and their psychic energy has dissipated. Donna wrote about an elbow where the two halves come together. Ruth wrote after a night of ignored painful ear drum bursting, about the joy of holding her mother’s hand coming home from the doctor because she gets to be close to her. Gayle wrote of the bedroom she and her sister shared with her mom in the one-bedroom house with 9 children. Mark wrote of the dislike of white things and green things and not being interrupted. He wrote about his grandfather moving to Alaska for reasons we’ll leave off the blog. Michelle wrote about the Wolf stove, the repotted plants and the Ridgeback between them. Anne Mette wrote about the room in Denver painted the sticky ochre color of the houses in a particular community in Denmark, how this was the compromise. Sam Childs wrote about the white of the apartment, the green wall and then told us of creating a stir in La Jolla when she nearly choked to death on tofurky lunchmeat.

On Saturday we ate Wild Mushroom pie in a sour cream pastry. For dessert, we had an apple pie in a flaky butter crust with crystallized ginger. I kind of fell in love with the apple pie. I don’t even like apple pie, and maybe you don’t know this about me, I don’t like fruit pies at all. But that one looked and smelled and tasted great.

On Sunday, I only serve dessert and I managed to have 5 disasters with in the 20 minute prep time it took to prepare the simple batter. 1) In reducing the banana juices (a little fancier recipe than Pillsbury) I scalded the liquid. 2) I mixed in the bananas with the flour mixture before mixing in the liquids and with the flour first. So, the flour could never fully mix into the other ingredients. 3) I realized after I thought the batter was ready to go into the bread pan that I had forgotten to add the brown sugar. 4) I remixed the batter yet again, then poured what I could tell would be a failed banana bread into the pan and then scalloped the edges with thin slices of banana for decoration when I realized I never added the vanilla. Too late now! 5) I bake it for 75 minutes, it seems semi-edible and I turn over the pan to put it on a plate and it breaks in half lengthwise so I have to piece it back together. Sigh. It tasted fine, but not as good as it should have. I will try it again and next time add ALL the ingredients in the order prescribed.

The weekend ended on a high note as everyone wrote a six-word memoir of their story. Everyone did a fabulous job. Except for me who couldn’t figure out how to get 10 words down to six, so mine made no sense. Verbosity is not a virtue.

Now I must go think of what kind of pies to make. Mark brought me plenty of lemons to make Shaker Lemon pie. Is it time for carne asada for Sam? Or should I make a beef bourgignon?